Italian Habits I Used to Think Were Strange

A while back, I was invited by a fellow blogger to participate in a sort of “expat roundtable,” where we’d share our thoughts on the challenges of being a straniero in Italy.  I’ve written on various nuances of this topic in the past, but I thought it would be fun to be part of this group to “compare notes,” as it were, and uncover some of the subtle joys and aggravations that vex nearly every expat, regardless of age, sex, marital status, or city of residence.  This week we chat about “Italian Habits I Used to Think Were Strange.

It’s my opinion that we should all make an effort to adapt to our host country’s customs to the best of our abilities.  It’s just good manners.  There’s nothing more unbearable than an expat who is constantly complaining about the way they do things, “back home.”  If you’ve decided that you’re going to live in Italy for a while, then you’d better start viewing it as your new home, and do your best to assimilate.  Sometimes, this change in perspective can even become a permanent part of you.

That said, don’t worry, your national identity is ultimately not threatened.  Unless you move to Italy before the age of five or six, the transformation will never be 100% complete.  You’re doomed to linger in a sort of cultural limbo that finds no ease in either world.  A shrink might even assign to you a sub-category of schizophrenia.  Once you realize and accept this, the best thing you can do is to have a good laugh at your own expense.

To wit, I submit the following examples as evidence of my own affliction, the Italian habits that I used to think were strange.  Some of these I have mentioned in previous posts, but for the sake of being precise, I have defined them here in order to add my two cents to the group discussion:

Italian Habits I Used to Think Were Strange

1)      I have caught myself wearing scarves at biologically inappropriate moments.  Like at the beach in June.  OK, it was at night and there was slight breeze. But I grew up in Florida and never even owned a scarf, much less consider wearing one in the summer. What on Earth convinced me that I might get a sore throat if my neck wasn’t properly protected against the colpo d’aria? The subliminal indoctrination is obviously having its way with me.

2)      In Italy, it’s considered bad form to drink on an empty stomach.  Only British expats and American college students on their semester abroad program engage in such boorish behavior in public. So when someone offers you a random glass of Italian wine, the polite response is: “No thank you, I haven’t eaten yet.”  As if.

I can usually find a way around this.  (“I was just chewing a piece of gum twenty minutes ago, does that count?”)  In any case, most of the time there are peanuts or chips sitting around, so I stuff a handful in my mouth, and then graciously accept the offer of a cocktail.  Problem solved.

3)      However, speaking of drinks, one Italian practice that I think makes a lot of sense is going easy on the ice.  Or eliminating it completely.  American tourists often believe that Italians are being stingy by only putting two or three ice cubes in their Coke.  The truth is, your waiter is doing you a great favor.  Ice only dilutes your beverage and numbs your taste buds.  Next time, just say “grazie” and don’t break balls about wanting more ice. 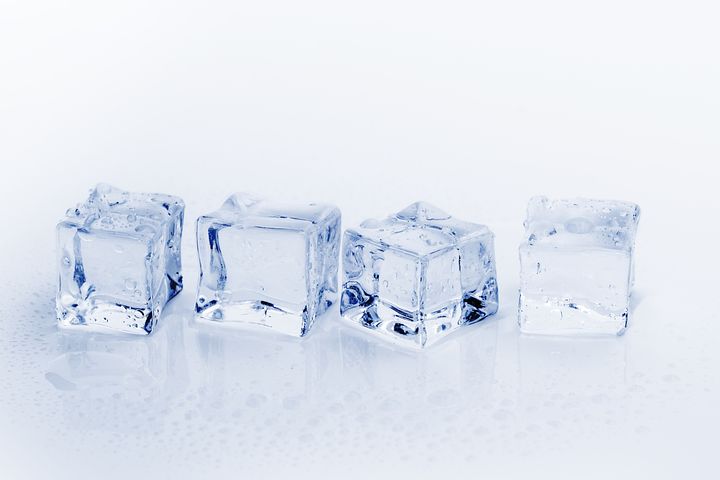 4)      Perhaps the one thing that I never thought I’d embrace is that awkward enigma (I almost wrote enema) of plumbing found in every Italian bathroom.  Yes, I’m referring to the bidet.   But I assure you, if you live here long enough, you’ll eventually warm up to its merits.  I will spare you any graphic details, but suffice to say that there’s nothing quite so reassuring as knowing that your nether regions are squeaky clean.  After several years, I’ve finally seen the light.  Enough said.

5)      As you learn to speak Italian and begin incorporating it more and more into your daily conversations, language mix ups become inevitable.  It’s a known fact that during this phase you’ll often completely forget a word in your mother tongue, causing you to ponder what life will be like in a long-term care facility with the other dementia patients.  But no, this is a normal part of the language acquisition process.  How you deal with these embarrassing moments, however, is up to you.

The wrong thing to do is to sit there and stutter while trying to force your brain to upload the correct dictionary.  Instead, just work with the Italian word that refuses to relinquish its position.  For example, I was once having a conversation with a colleague regarding our plans for the following day. Strangely, the word “sleep” just couldn’t find its way to my tongue, being obstructed by the Italian word, “dormire.” So I simply told my friend, “Don’t call me before 9:00 tomorrow, I’ll still be dorm-ing.” He was a fellow English teacher, so he was sympathetic to my plight, and he knew exactly what I was trying to say. The conversation didn’t miss a beat.

Obviously this list of Italian habits I used to think were strangeis not exhaustive. (Don’t even get me started on Italian dating rules.) I invite you to check out the opinions of my fellow bloggers on these topics to gain a more complete picture.  As for myself, I could go on about my anomalous use of sunglasses while indoors, my pants which fit a little tighter with every new pair that I buy, and an inexplicable obsession over the efficiency of my digestive system.  Such is the life on an expat in Italy.  And it’s a crazy, wonderful, thing for anyone with a sense of humor.